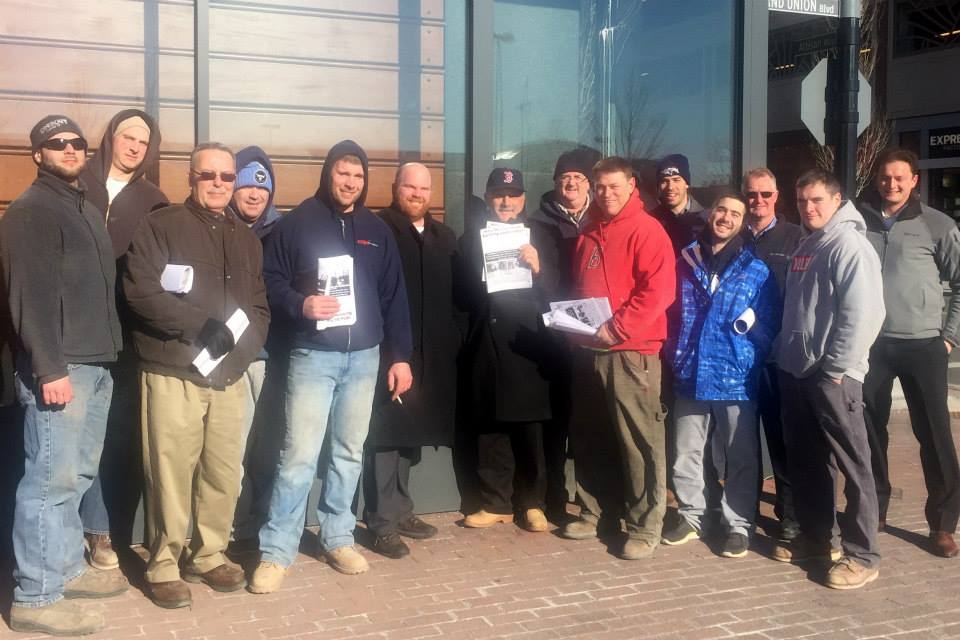 On Monday I was happy to join activists from the community and the local labor unions to push for local, union hire in Assembly Square. 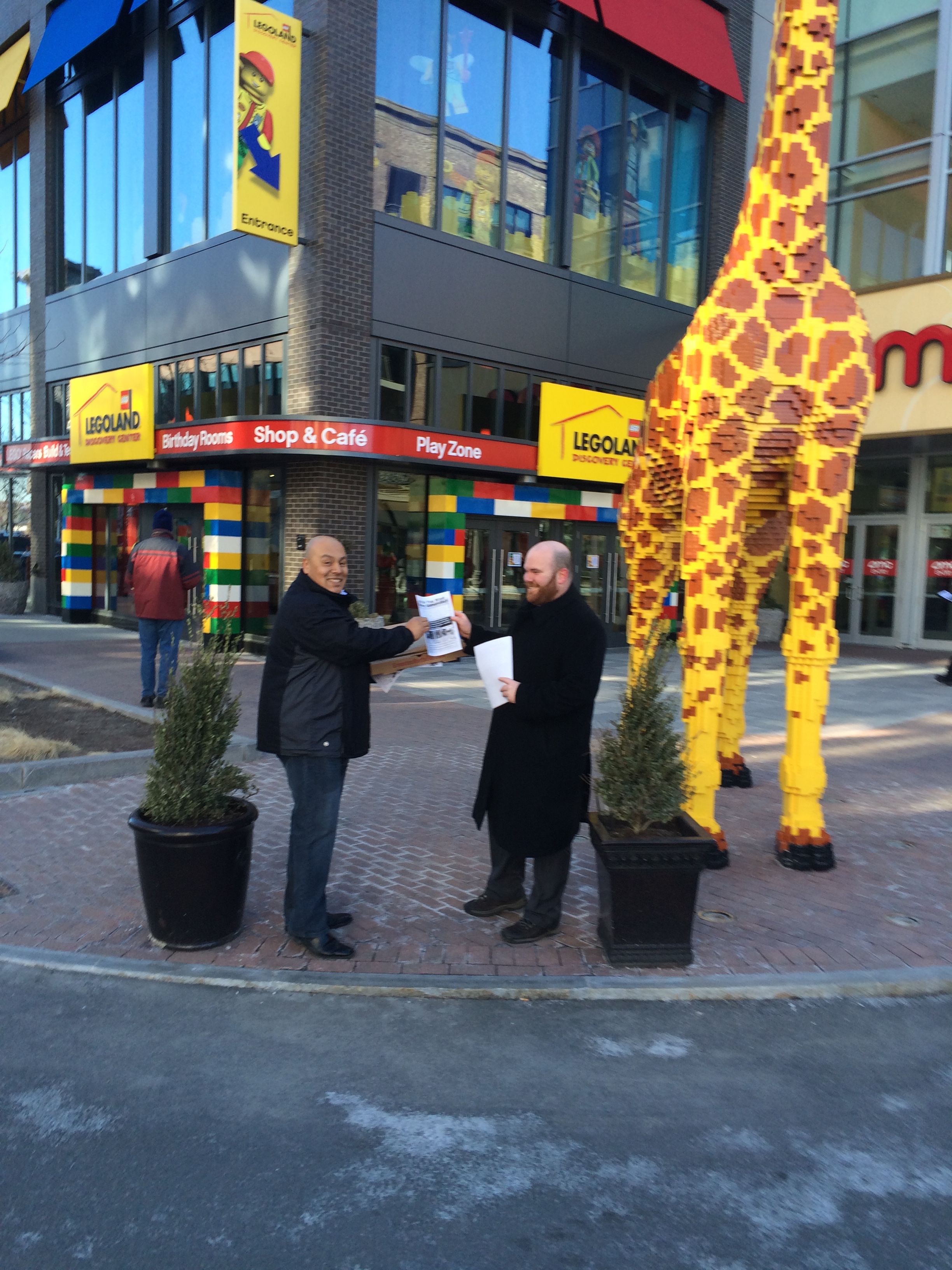 Assembly Square is one of the largest development projects in the state, and I believe that it should be a source of good, stable jobs for people who live in Somerville.

Right now, FRIT, the developer at Assembly Square, has hired contractors that do not use union or local hire to develop Parcel Six in Assembly Square. Yesterday, I teamed up with Somerville residents, community activists and members of the Carpenters and the Metropolitan Building Trades to educate store owners, shoppers and workers about our efforts to keep Somerville a community where people can work and raise a family.

I appreciate the work the commitment of these activists to help strengthen the local economy by supporting good jobs for people who live in the neighborhood, and will continue to support efforts to make Assembly Square a place that is built with local, union labor.