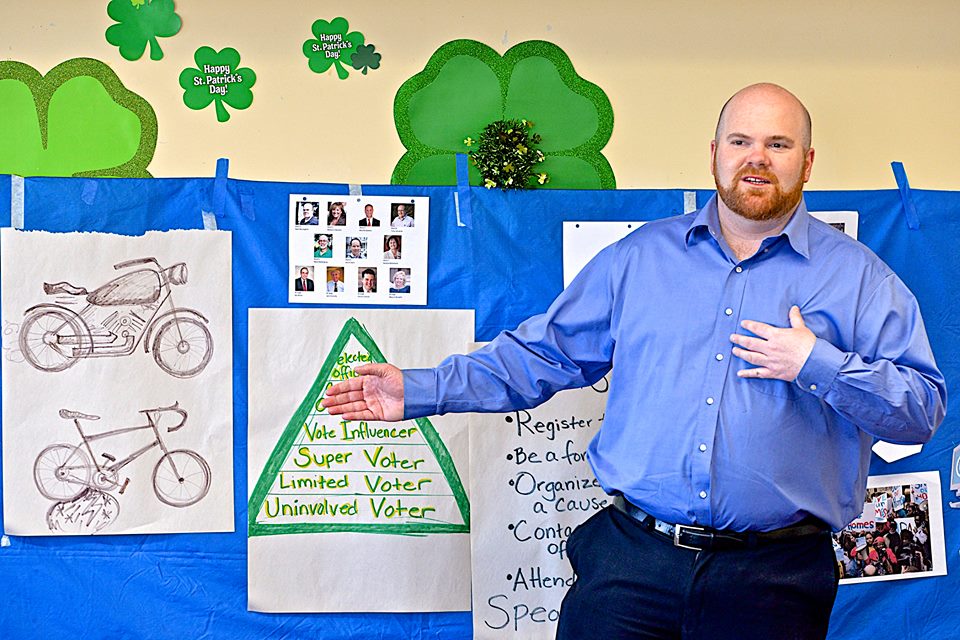 Matt is a strong supporter of open and transparent constituent services in the ward. Since 2014, he has submitted 42 resolutions and over 556 orders for basic services such as potholes, rodents, low hanging wires, street cleaning and plowing, and more. He publicizes all orders and city issues to the ward regularly to let neighbors know their needs are being addressed. Matt walks the neighborhood with city staff to talk to neighbors about rodent issues so they can be resolved. Matt is a leader in the fight to get sound barriers on I93. These barriers can help reduce air as well as noise pollution and is essential in providing a healthy neighborhood for residents. Matt prioritizes his fellow residents, and will continue to do so if re-elected.

Matt advocated to increase the affordable housing percentage for new developments in the city from 12 percent to 20 percent. He also convinced the Board to include Assembly Row alongside all other developments in the city. This advocacy effort led to the funding of the city’s 100 Homes program, which had previously lacked the funding necessary to reach its goals. Furthermore, Matt supports affordable ownership opportunities, such as the proposed development on Glen and Tufts Street.  If re-elected, Matt will keep fighting to provide the people of Somerville with affordable housing options.

One of Matt’s first orders after being elected was to have first responders carry Narcan, a medicine that revives people from overdoses which has saved hundreds of lives since 2014. Matt has also worked with the city to implement criminal justice reforms that prioritize treatment over incarceration. As your Ward 1 Alderman, Matt will continue to work towards solutions to alleviatex substance abuse.

Matt advocated for increased youth services in his first budget hearing in 2014. This resulted in the creation of two new staff positions, which doubled the number of outreach staff for the recreation department. Matt frequently engages in youth/police dialogue sessions and walking tours of the ward. He also actively encourages young people to engage in democracy and often places them in community activism leadership roles. While alderman, Matt will continue to prioritize Somerville’s youth.

Matt promotes smart growth in development and is not afraid to take on special interests on behalf of his fellow residents. Instead of accepting donations from developers he insists on community involvement in all developments. Matt has pressured absentee developers to start working and maintain their properties. He also insists on rodent control measures before any construction.

Matt sees his role as alderman not just as a conduit to the city, but also as a conduit to social change. Matt actively promotes inclusive community participation. When he entered office the Ward Democratic Committee was half full and exclusively white.  Matt worked hard to include people from all walks of life and managed to fill the committee to capacity for the first time in years. He helped appoint a Latino chair, Afro-Latina vice chair, two diversity chairs and an immigrant secretary.  The ward committee sent six representatives to the State Democratic Convention, all first time delegates.  Matt regularly updates the community on issues large and small and solicits community input at meetings regularly.  Attendance for meetings is up dramatically since Matt took office.

Matt got his early start in community organizing via playgrounds. It’s fitting that two of his biggest efforts as an alderman were park renovations in Ward 1 with the construction of Symphony Park on Florence Street and the renovation of Otis Park. Matt successfully advocated renaming the park Deanna Cremin Park to remember the Somerville resident who tragically died in 1995. Matt is and will continue to be a strong advocate for renovating Foss Park and providing open space for everyone in the city.